Posting of Daily Goals for Decluttering/Organization – my Flight Plan

Flight Plan – FLYing Out with the Old & In with the New

This should have been posted about two days ago, but here it is.  We were expecting a new refrigerator.  I posted pictures of the old one last time.  The store had told DH that delivery would be sometime after 5 p.m. which made DH happy because he would be home from work and could inspect everything, ask his questions about a possible line for the ice maker, etc.  Well, at 3:50 p.m. the delivery guys called to say, “We’re on our way with your refrigerator.”  I paniced and was speechless for a moment!  I actually said, “What does that mean?”  Then my brain kicked in, and I started thinking aloud.  “So what do I have to do then?  I mean, I’ll need to clear a path to the door, right?”  And as my brain fully grasped the situation, I added, “The only real problem would be that I still have to clear the old refrigerator out.”  No, not started!!  I thought I had at least another hour and thought DH would be home to help before I really had to think about it.  The guys asked how much time I needed.  Would 1/2 hour be enough?  I don’t know.  Would it?  I said, “How about if you call in 1/2 hour and find out if I’m ready.”  Fine.

15 minutes a delivery truck backs into my driveway!  Okay, the pressure’s on now.  Or is it?  They are the ones who told us it would be after 5 and suddenly show up an hour early!  Should I feel bad for them waiting outside on a day with temps in the 90s and a high dew point to match?  No, they’re sitting in their air conditioned cab listening to the radio and talking on their cell phones.  Okay…

I kept a steady pace, filled two large bins and a cooler in as organized a way as I could.  What really needs refrigeration and what can last awhile on the 78 degree kitchen floor?  Half an hour later I waved at the guys and we made the exchange.

Oh, then there’s the job of loading the new refrigerator!  A plan for organization right on the spot!  A true test of  my FLYing abilities!  With only a one-time shot at seeing the inside of the new refrigerator before it arrived in my house, I had no plan in place ahead of its arrival.  I set to work eying shelves against the height of objects needing placement and also grouping like items together in a way never before seen in the old refrigerator.  Yes!  I really am FLYing!

Yes, here are the pictures!  Will it stay this way?  Well, I have the pictures now to check against in a week or so after we’ve had 5 of us in and out of there on a daily basis.  Maybe I’ll even post them so you can help me judge how close we’re staying to my original plan of organization.

Full view, excluding the freezer drawer in the bottom

A closer view of the middle for organization – a bin for meat that we added ourselves, a bin for cheese using one of the veggie crispers, FridgeSmarts of lettuce and fruits, a drawer full of yogurt, 2 more FridgeSmarts waiting for the next trip for fresh produce

Drinks and condiments organized in groups, same in the other door

I did not take pictures of the coolers and bins I used (I could have.  We had to wait to fill the refrigerator for a couple of hours while it took its time cooling below the 80 degrees it said when set in place) or the disgusting awfulness of the kitchen sink full of the rottenness of those forgotten items from the back of the refrigerator.  Tofu gone bad is pretty wretched!  Just sayin’!  And I couldn’t believe the number of brown bananas collected in the back of the freezer – way beyond banana bread material!  I would say 2 1/2 bunches worth when you put them together!  Not happening in the new freezer.  This time we have the freezer as a drawer on the bottom.  Much easier to see everything, and nothing can get lost in the back.  Maybe in the bottom?  I hope not!

Yesterday’s post would have been on my efforts to completely clean the kitchen for the 3rd day in a row this week!  Putting away the wiped out coolers and bins, disinfecting the stinky sink, and washing one last round of dishes along with a round of zip locks.  Do zip locks accumulate at your house like they at ours?  I’ve decided to wash 7-8 at a time every time I wash dishes until they’re all gone.  The pile is too much to look at if I think I have to do them all at once, and there’s nowhere to put them all to dry anyway.

Baby steps!  A little at a time, but always moving forward!

Flight Plan – Goal for today – Do not PANIC 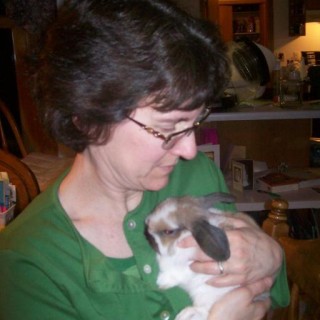 Lover of words, language, and the books they are found in! Seeker of peace amidst the chaos. Our house is filled with kids, cats, and a garage full of rabbits.

Finding contentment in a "more is better" world

The wacky stories of a crazy lady.

Posting of Daily Goals for Decluttering/Organization - my Flight Plan

wanderings and wonderings of a girl who is single, again.

Life isn't so much a puzzle as it is a plan

I live. I think. I write. I shoot. Unedited.

Home Ec in the 21st Century